We are located in the Caballero Fabriek on the Binckhorst. The Binckhorst, named after the 14th-century Castle Binckhorst was once an industrial area for heavy companies, including the Caballero cigarette factory. Later, several large office buildings were built along the A12, which housed the International Criminal Court and KPN’s headquarters, among others.

De Binckhorst has fallen into disrepair for a long time. Offices and industrial halls became vacant and run-down. But today Binckhorst is hip & happening. The site is rapidly transforming into a vibrant place for living, working and recreation. With lots of water and greenery and a touch of nostalgia.

The Caballero Fabriek, CabFab for short, is now a sought-after co-working space for creative and innovative companies. An energetic and inspiring hotspot at the Binckhaven, opposite the trendy Mama Kelly restaurant (www.mama-kelly.nl) in the old boiler house. 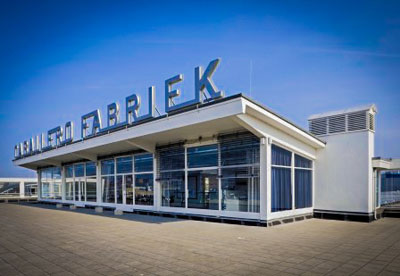 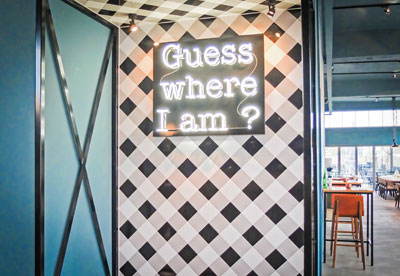